Manoj Das - His Stories Live on

Padma Bhushan, Shri Manoj Das, a writer of the top order, is no more. 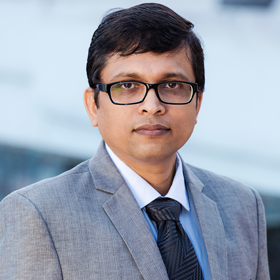 It was a piece of sad news, spreading over many social media handles throughout the day (yesterday) - Padma Bhushan, Shri Manoj Das, a writer of the top order, was no more. An accomplished wordsmith, who offered a modern perspective towards rural India without sacrificing its inherent serenity, had moved to the most peaceful world.

He never faltered in securing his tales from any mundane interventions until they took shapes with his pen.

Manoj Das decorated his fables with a sound cultural tradition of India with its quintessential vista as the backdrop. He honoured the soul of India while crafting the metaphors, made his stories lucid for their readers.

I still remember my childhood - going into a trance with his able storytelling - his steadfast and honest narration. He had a distinct ability to transport the stories in their entirety, which originated in his fertile imagination, to his readers. Like a true karma yogi 1, he never faltered in securing his tales from any mundane interventions until they took shapes with his pen.

He threw many tiny seeds into the basket of Indian literature, especially in two languages, English and Odia. But then those have now turned into significant trees with shades that will inspire generations of writers to seek solace and courage to move forward.

I recently finished reading one of his anthologies, My Little India 2. If you read through the pages, the forgotten past and the lesser-known history come live. The protagonists become messengers of emotion, transition, and at times, disruption. The surroundings go animated, blending with the flow. You can see the power of his wordcraft within minutes of starting your voyage into this book like any other typical Manoj Das literary pursuits.

I want to recount an interesting incident at the fag end of my school days. I stayed in the palace guest house of the erstwhile queen Ratnamali Jema of the Kujang dynasty at Paradipgarh for a couple of weeks while appearing for my matriculation examination. She was a freedom fighter and a state legislature too. Later I came to know that she was Shri Das's mother-in-law.

At this point, we should celebrate his rich and everlasting legacy among all generations of readers and for many generations to come. I never got an opportunity to meet the great man in person, but I always listened to his stories and heard his voice through words in black and white.